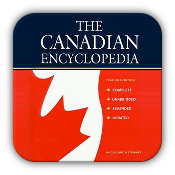 The Man Booker Prize,  launched in 1969, aims to promote the finest in fiction by rewarding the best novel of the year written in English and published in the United Kingdom in the year of the prize, regardless of the nationality of their author.

Canadian authors who have received the Man Booker Prize are indicated below.

For further information about the Man Booker Prizes:  Man Booker

Visit the link below and year drop down menu for past winners: