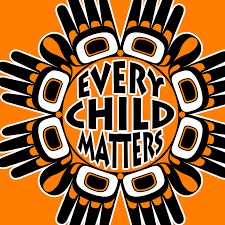 At Windsor Secondary Library, we strive to provide access to a wide array of indigenous texts that will  increase the awareness and knowledge of perspectives, teachings, attitudes and beliefs of indigenous peoples.

We are sensitive to the "appropriation" of stories and we have tried to remain consistent and respectful in going forward; consequently, all of our indigenous texts are labelled with the  SD44 Indigenous Education sticker to indicate authenticity.

Words and Voices of Allies