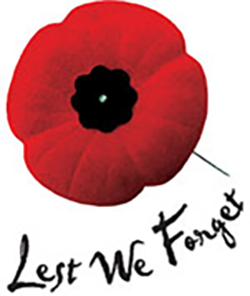 Each November, Canadians wear red poppies to honour those who have given their lives in armed conflict. But why the poppy?

The poppy as a symbol was popularized in Canada (and the Commonwealth) by Lieutenant-Colonel John McCrae of Guelph, Ontario, a Canadian Medical Officer during the First World War.

John McCrae penned the Poem “In Flanders Fields” on a scrap of paper in May, 1915 on the day following the death of a fellow soldier. McCrae’s poem described the fields of France (that had been barren before battle) that exploded with the blood-red flowers after the fighting ended.

Learn more about the history of the poppy on Royal Canadian Legion's website. 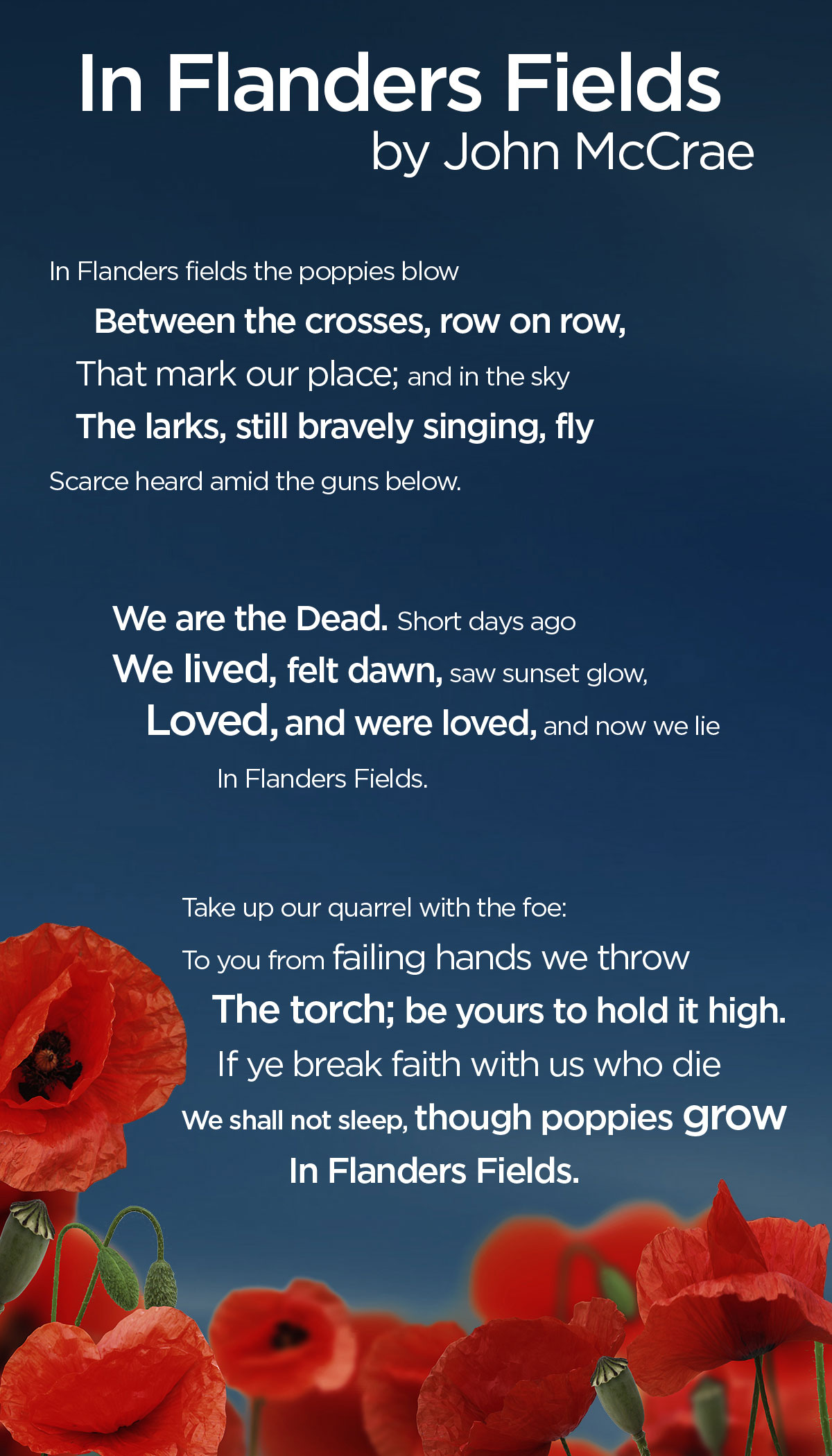 Interested in reading one of these titles from Seycove's collection? Use the search box below to check availability and place a hold.

What is Remembrance Day? 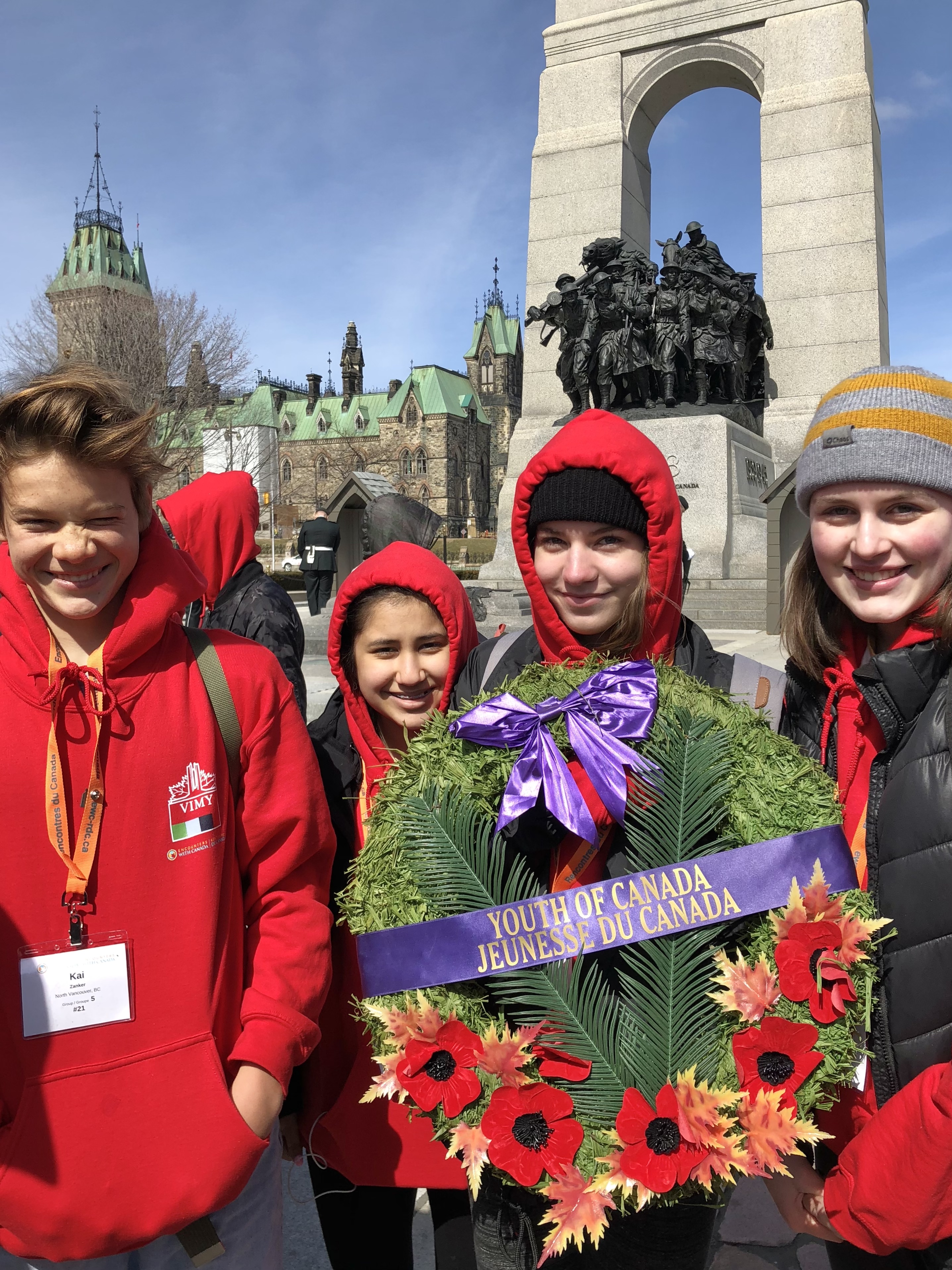 Remembrance Day commemorates the men and women who have served, and continue to serve our country during times of war, conflict and peace, particularly the First and Second World Wars, the Korean War, and all conflicts since then in which members of the Canadian Armed Forces have participated.

The day is opportunity for all Canadians to pause, remember, and give thanks to those who have served Canada in times of war, armed conflict, and peace, and remember what they have sacrificed for our country.

The Remembrance Day Ceremony has played a major role in Remembrance since 1931. Every year, at the eleventh hour of the eleventh day of the eleventh month, we gather in memorial parks, community halls, workplaces, schools, and homes to observe a moment of silence to mark the sacrifice of the many who have fallen in the service of our country, and to acknowledge the courage of those who still serve.

Similar ceremonies take place in communities across the country. To find a ceremony near you, visit the BC/Yukon Command of Royal Canadian Legion. 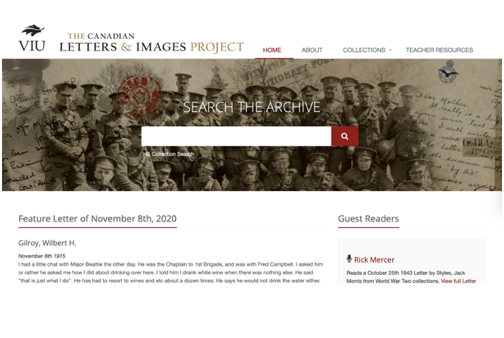 An online archive of the Canadian war experience as told through the letters and images of Canadians themselves. 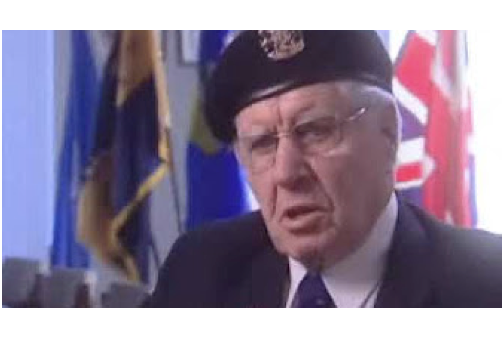 This YouTube playlist presents personal accounts of service in the Canadian Armed Forces from conflicts recent and past. 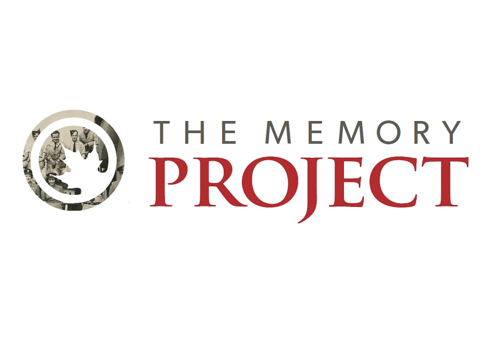 Veteran Stories from The Memory Project

Since 2009, The Memory Project has provided veterans of various conflicts the opportunity to share their personal experiences through oral interviews. 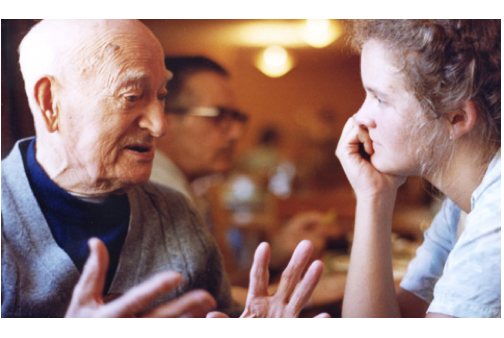 The University of Victoria Military Oral History Collection is composed of over 700 interviews of veterans of WWI, WWII, the Korean War and the War in Afghanistan. 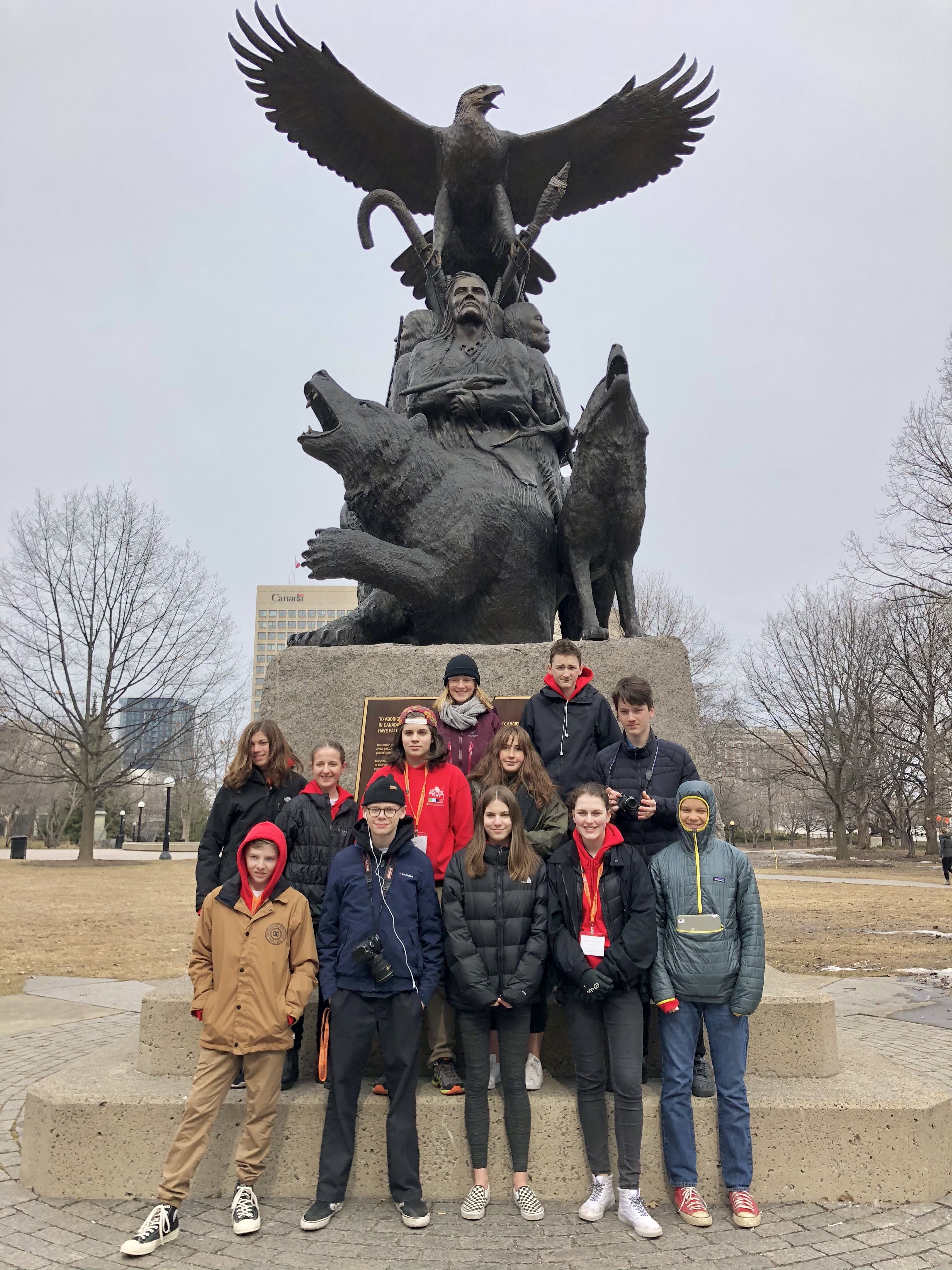 November 8th is National Aboriginal Veterans Day in Canada. It is a time to remember and honour the First Nations, Métis and Inuit soldiers who served for Canada in the First and Second World Wars, as well as the Korean War.

Over 12,000 Indigenous peoples volunteered to fight shoulder to shoulder with other Canadians in all three wars. First Nations, Inuit and Métis enlisted despite not being eligible for conscription. Indigenous peoples were not eligible because they were not recognized as Canadian citizens and did not even have the right to vote until 1960.

National Aboriginal Veterans Day started in Winnipeg in 1994. Prior to 1994, Indigenous soldiers were not permitted to participate in Remembrance Day ceremonies as a group or to lay wreaths. Indigenous veterans were only allowed to attend as individuals.

Finally, in 1995, Indigenous veterans were finally included in the laying of the wreaths ceremony at the National War Memorial in Ottawa.

In 2001, the National Aboriginal Veterans Monument was unveiled in Ottawa. The monument commemorates Indigenous veterans not just during Remembrance Week in November, but also for their contributions to the battles they continued to fight upon their return from war: disenfranchised as indigenous people, denial of benefits, loss of Indian Status, and expropriation of their land.

This photo of Seycove students was taken at the National Aboriginal Veterans Monument in Ottawa in 2018. 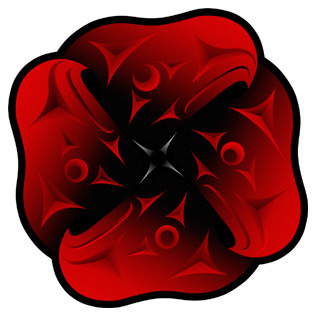 This poppy design (at right) was created by K’ómoks First Nation artist Andy Everson. You can read more about Andy and his art on his website. 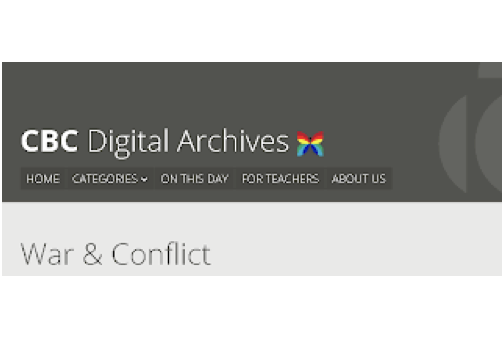 A collection or TV and radio clips that document Canada's involvement in conflict around the world. 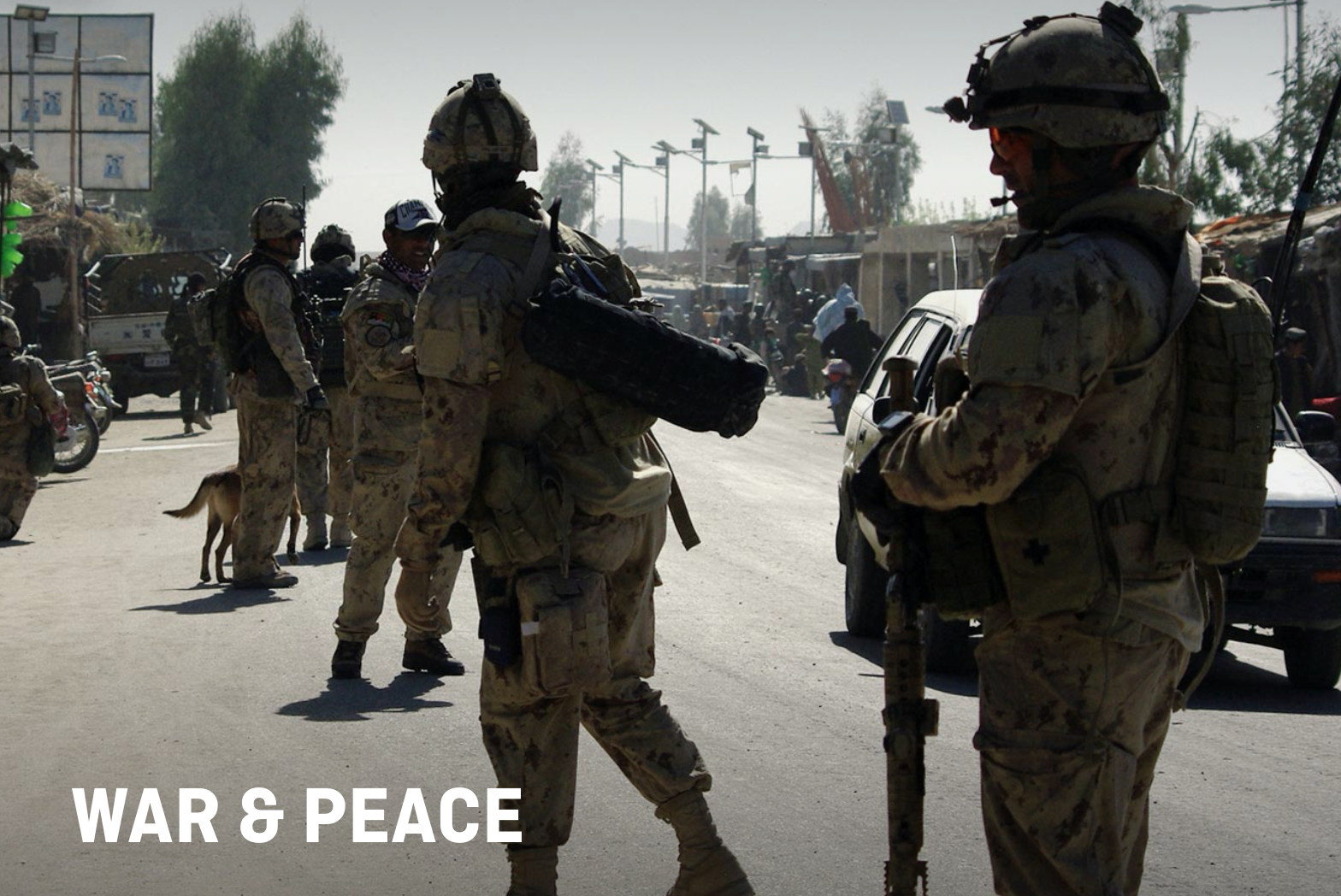 This playlist of NFB films encompass a wide variety of topics that focus on the big questions involving war. 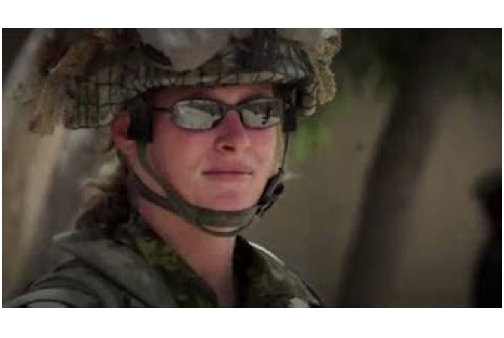 A playlist of video vignettes from Veterans Affairs Canada.